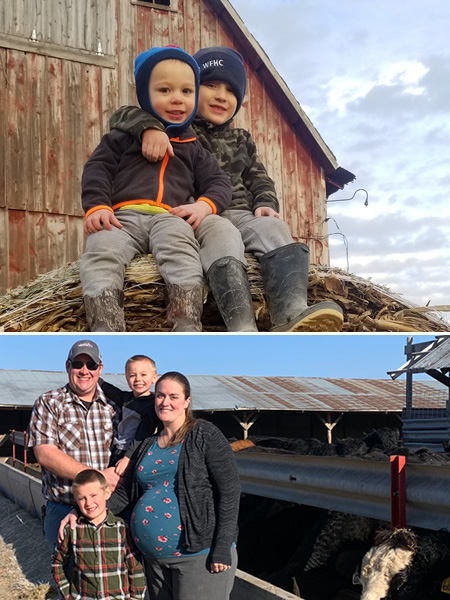 Joel Knutson bought his first stock cows when he was a senior in high school – and, years later, he bought his grandparents’ farm in New Hampton, Iowa to run a cattle operation and tend to crops of corn and soybeans. He sells a fair amount of breeding stock through his registered cows, and buys up to 100 feeder cattle that he finishes out with his own every year, too.

“I tried other feeds over the years and always came back to Kent,” he says. “Price-wise and performance-wise, there’s nothing out there that can beat it. The feed is reliable.”

For most of the year, Joel feeds Framework 365, which he calls “a free choice mineral that cows actually eat.” When his cows come into lactation, he uses Kent’s Mineral Pasture Breeder Aid, and adds EnergiLass tubs when it gets cold – which he says helps keep their energy levels up so they can stay warm.

“My cows carry better condition through the winter months, and we have way more vigorous newborn calves at calving time,” Joel says. “They’re not necessarily bigger but they are way stronger, and much healthier because of the nutrition they’re getting. All of my protein supplements, my mineral – block or loose – come from Kent.”

Joel, who also works as a critical care paramedic, says he appreciates that the EnergiLass tubs are versatile: EnergiLass 32 for the cows in the winter and EnergiLass Rumen Booster to help the calves get through weaning.

Joel and his wife Theresa, a preschool teacher, live less than a mile from where he grew up in New Hampton, Iowa. They have three boys, a few cats, some hens and a dog named Chase – who also enjoys Kent’s line of dog food.